Adelia Gram Is Taking a Bite Out of Shelters, One Dog at a Time

Adelia Gram’s kind heart drives her passion for bettering the lives of all creatures. As the founder of Gram Rescue Ranch (GRR) in Winston-Salem, North Carolina, Adelia’s love of dogs has led her development of the nonprofit animal rescue.

Born and raised in Winston-Salem, Adelia attended Salem College, Guilford College and Wake Forest University. She is a dedicated volunteer to those in need, both in her community and abroad, although the majority of her service is currently based in animal rescue.

“My husband, Randy, and I supported Meals on Wheels in Winston-Salem prior to helping animals through Gram Rescue Ranch,” Adelia said. “That’s the other passion we maintain — that no one should be hungry. Our volunteer work with them was a definite precursor to GRR. Randy delivered food throughout different areas of Winston-Salem, and the first time he came home afterwards, he told me about the wide range of people in our city who were constantly hungry. I hadn’t truly realized it before, but many people were in such need that they would ask him if he had just an extra sandwich or apple in his van. So, he started going to the store and buying extra treats, like cakes or sandwiches or candies, and giving them to those people. And, when he came to a home that had a dog, he would give a bag of dog food.”

Adelia said that was one of her personal incentives for GRR, realizing it wasn’t just people who were going hungry, but their animals, too. When Meals on Wheels found out what her husband was doing, they told him he should not be providing the extra food at his expense alone. They then added pet food to their deliveries.

Also, after starting GRR, Adelia said she expanded her volunteer work into Jamaica with the intention of helping animals; however, she soon came to realize the needs of the local people there were far greater, so she also spent time providing other volunteer services.

“That’s just some of the volunteer work I’ve been able to do outside of my community,” she said.

Though Adelia first initiated her animal rescue efforts in November 2006, she said her love of dogs began much earlier: “I’ve always been passionate about dogs. My mother told me that the very first sentence I was able to string together as a toddler was, ‘Uh-oh, there goes the doggy!’ I was keenly focused on them from a very young age, and my passion for them has only grown through helping the ones in need.”

Read the full story at Philanthropist.com 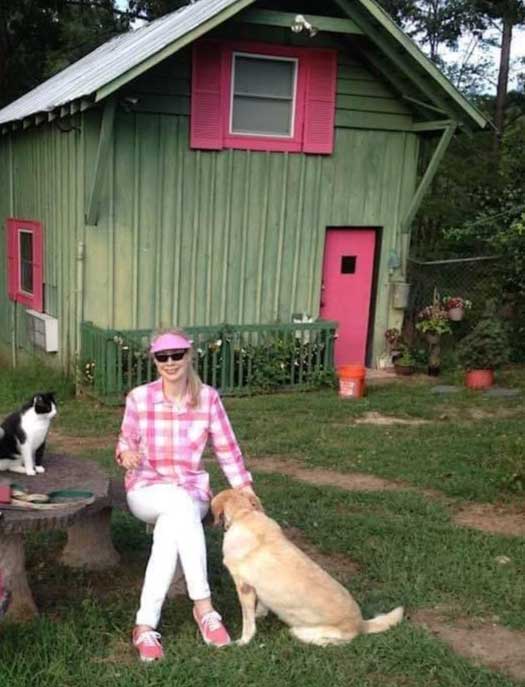 We are selective in choosing the right home for our rescued animals, as we want them to go to forever homes who will provide excellent vet care, time, and love. If you are looking for a forever friend, please contact us today.